Gnosia and Erganeo have renewed their exclusive license agreement for the development and exploitation of the new RapDys application. 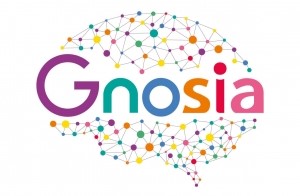 RapDys was designed as part of research into the rehabilitation of language disorders. The team, composed of Gregory Collet, Cécile Colin and Willy Serniclaes (Université Libre de Bruxelles, CNRS Université de Paris) developed a series of results that led to the signing of a first licensing agreement in 2016 between Erganeo and the company Gnosia. "We called on Erganeo, which enabled us to develop user-friendly software, relatively easy to use for any person. The activity is both precise, fun and attractive for children," says Gregory Collet.

"We are delighted with this project, which is the result of research work carried out at European level, because it proves that the human and social sciences can be fully exploited. The digital approach offers an application that is both scientifically rigorous and fun for young patients. Through this investment, we have succeeded not only in finding a market but also in having a significant societal impact," says Suat Topsu, President of Erganeo.

HephIA, a start-up from Erganeo, winner of the Zeugma competition.

Erganeo and Emvista sign a license for the use of a unique language resource.